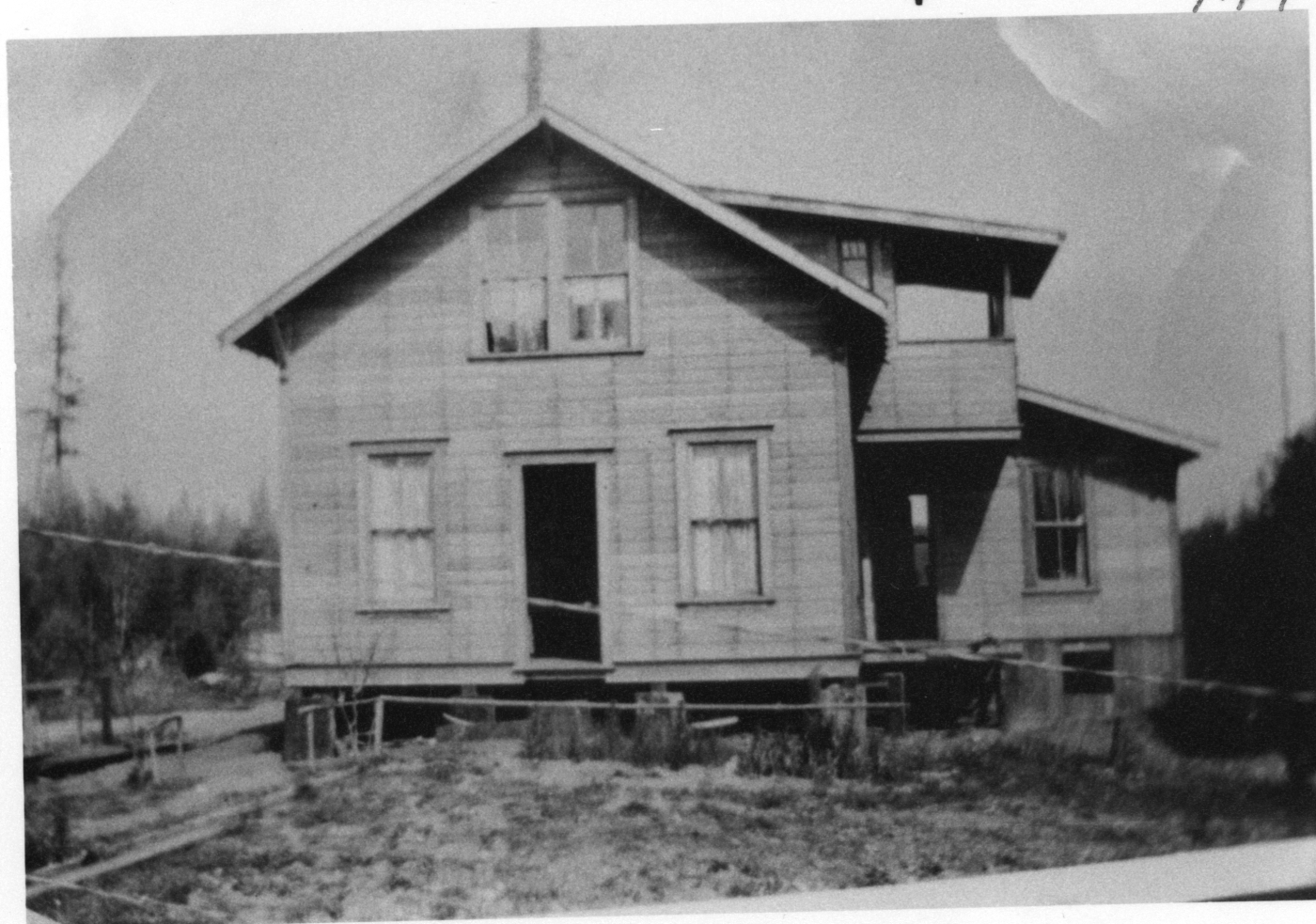 This photograph shows the century-old Eddy family farmhouse shortly after it was built. The Eddy family included legendary Snoqualmie tribal elder Mary Louie who was a well-known healer and midwife. She died some years past her hundredth birthday and was still walking from the Plateau to the Yakima Valley long past the age when most people have retired to their rocking chairs.

The photo was taken around 1920, shortly after George Eddy took out a $700 mortgage to pay for its construction. Like many early structures, at least part of the foundation consisted of tree stumps (two of which are visible below and to the right of the open door). The fairly small trees in the background show that this area (west of Big Block Park) had been logged off about twenty years earlier. 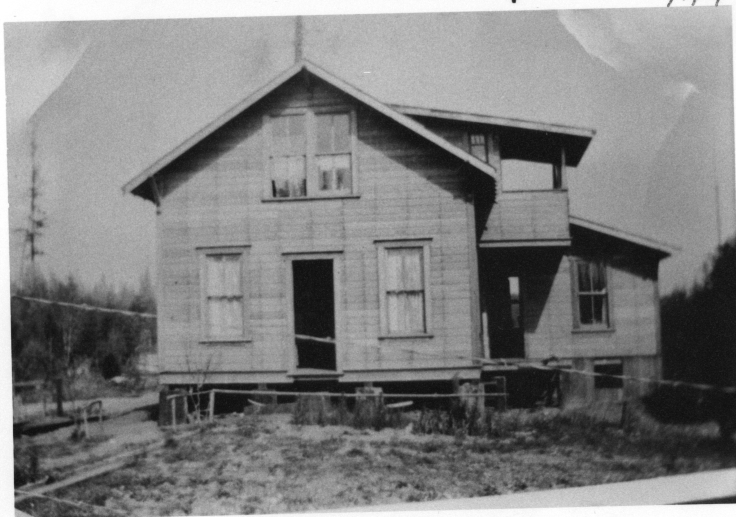 The last owners sold the old farm two years ago for $1,300,000 to a developer who cleared the property and tore down the house. 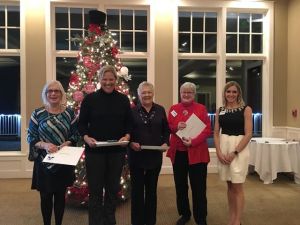 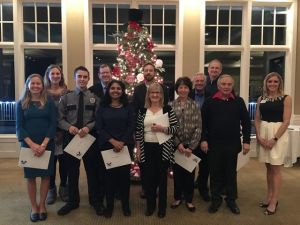 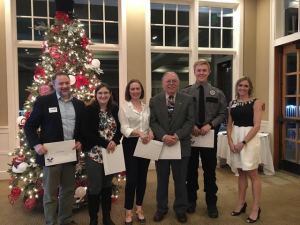 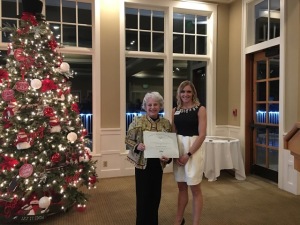 Ten members of Sammamish Heritage Society were honored for their volunteer work at the recent City of Sammamish Volunteer Appreciation Dinner held at the festively decorated Sahalee Country Club.  The photographs show Bronze Honoree Walt Carrel, Silver Honorees Eric Brooks, Susan Hass (not pictured), Kate Thibodeau and Eirlys Vanderhoff, and Gold Honorees Ella Moore and Mary Moore.  Claradell Shedd was given a President’s Lifetime Achievement Award for volunteering more than 4,000 hours for the Arts Commission and SHS, and was named a Volunteer of the Year. 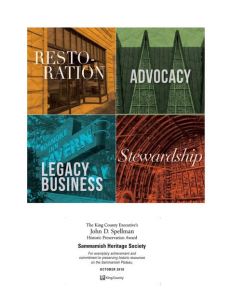